Using a sand-casting process, Vallien creates forms that seem predominantly rough-hewn and ancient. Polishing and smoothing specific areas on each piece allows him to create dramatic contrasts between opacity and transparency. The effect is ethereal and dreamlike.

Light bounces around the internal structure of many works, refracting and reflecting sculpted shapes. Often, the focus of Vallien's imagery is the human head. In Solitude, a polished cube of clear glass reveals a stylized face. Recessed into a corner of the cube, the single face looks like two or three faces when viewed from different angles. Born in 1938 in Sweden, Vallien studied art and design in his native country before traveling to California to work as a ceramic designer. He returned to Sweden in 1963 to work at the Afors glass factory and soon became acquainted with the studio-glass movement. While designing functional glassware, he developed his own work around the notion that glass absorbs light.

Nowhere is Vallien's relationship with light more evident than in his series of stylized human heads. Head 6 is polished and smoothed in areas to reveal an internal structure and unexpected internal light. As one moves around the piece, surprises, architectural and anatomical details, emerge.

Themes of travel and journey are also present in Vallien's work. Indeed, the exhibit title, E-Echo, is a term for a maritime signal, referring to the altering of one's course.

Escape II is shaped like the hull of a boat. The interior reveals small shapes resembling ladders or calligraphic runes. A face toward the top of the piece suggests a relic or tribute to the departed.

Circular like a life buoy, Harbor 1-09 resembles a miniature world map. A line trails over the surface of the form, eventually leading to a small house, perhaps a metaphor for safety and security.

Other works are totemlike, suggesting ritual and magic. Watcher I resembles a fetish figure with several protrusions and seemingly sharp spikes.

Idols, consisting of 12 figurative forms, looks like a collection of artifacts.

A strong show, E-Echo, demonstrates Vallien's versatility and an ability to communicate human desire. Each piece suggests a journey and search for life's meaning. 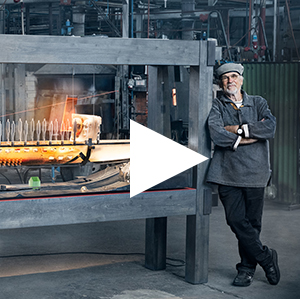 See the short film on the making of Passage. 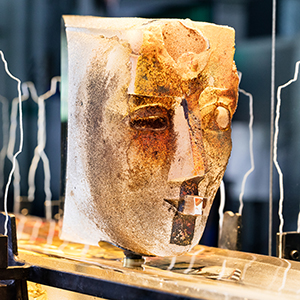 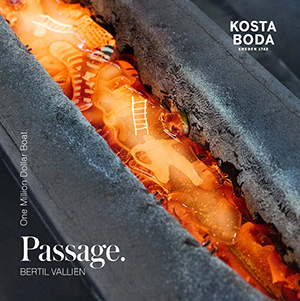 Passage. Read The Booklet about The Million Dollar Boat 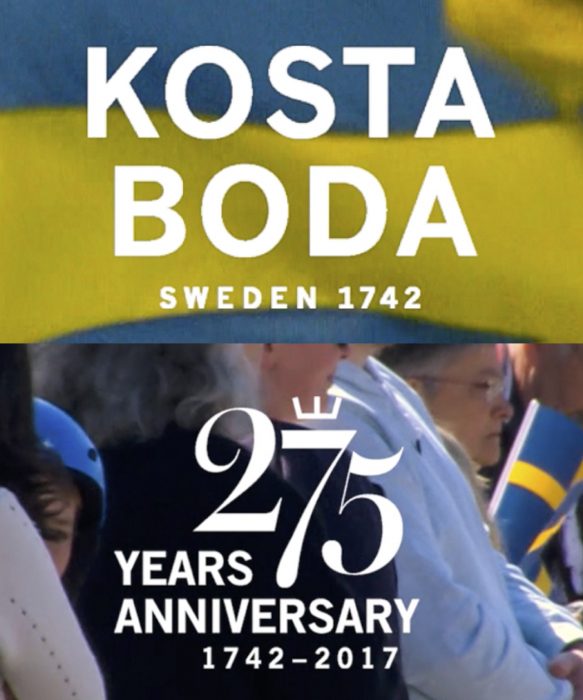